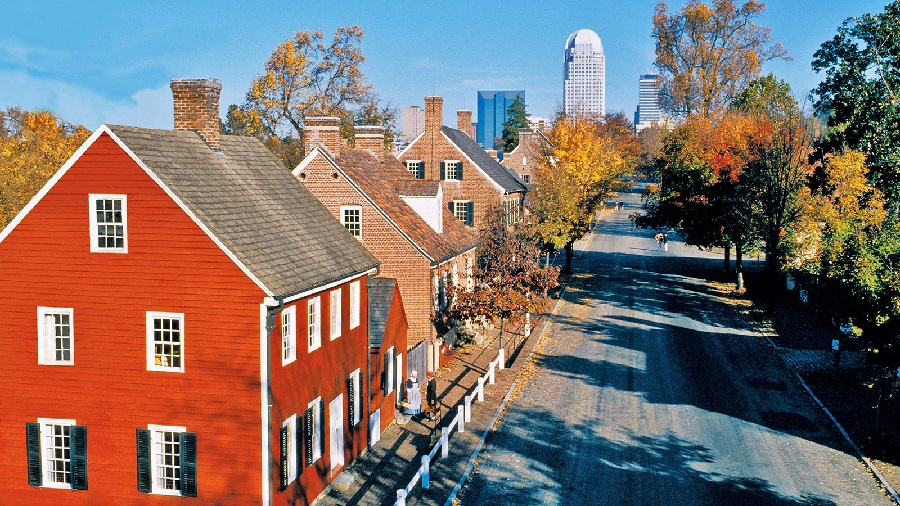 If you are looking for Southern cities that are bursting with accomplishments, accolades, and other characteristics that set them apart from the rest, there are a select few cities that meet these criteria. Successful cities attract successful people, and there are certainly a few great cities in the South that attract the best of the best.

If you are looking for a city that matches your success level or potential for future success, be sure to check out these Southern cities:

Memphis is known for its famous music scene, which earned it the nicknames, “Home of the Blues” and “Birthplace of Rock and Roll.” If you want to define success in music in the history of blues and rock and roll music, Memphis would be part of that definition.

If you want to experience what musical success this city is known for, you can visit many live music venues on the famous Beale Street, or you can check out Graceland or the Stax Museum. If you find that you want to relocate to this inspirational city to seek your own success, there are plenty of Memphis houses for sale. You may even find your own music success in this musically historical city.

If you want to put yourself in the epicenter of Southern entertainment success, what better place than the home of Disney? Disney has been a huge and continuing success, and the city of Orlando benefits greatly from this success.

People are drawn to the positive energy of this city full of theme parks, and also to the radiating success from all of the entertainment options there. Obviously, if you have always dreamed of working at or around Disney World in the entertainment industry or any of the other related industries, Orlando would be the perfect Southern city to test out your idea of success.

However, there are also plenty of other ways to achieve success in Orlando from their amazing restaurant scene to so much more. Even the theme parks don’t rely solely on entertainers. You can hold any number of jobs that support the operations of the many parks in and around Orlando that are related to your field. There are plenty of avenues to success in Orlando.

Another beacon of success in the South is Atlanta. Atlanta is home to the busiest airport in the world, making it a hub for business travelers. If your definition of success involves layovers and business trips, Atlanta should definitely be on your list of successful Southern cities.

Atlanta is the capital and largest city in Georgia, which will offer you the successful big city vibes that you may be looking for, as it is a large metropolitan area with all of the benefits that some with big city living. However, Atlanta does still retain its Southern charm.

If you are looking for a Southern city to plant roots in and to grow your own success in, look no further than Memphis, Orlando, or Atlanta.

Read All Posts By Carmen Morgan