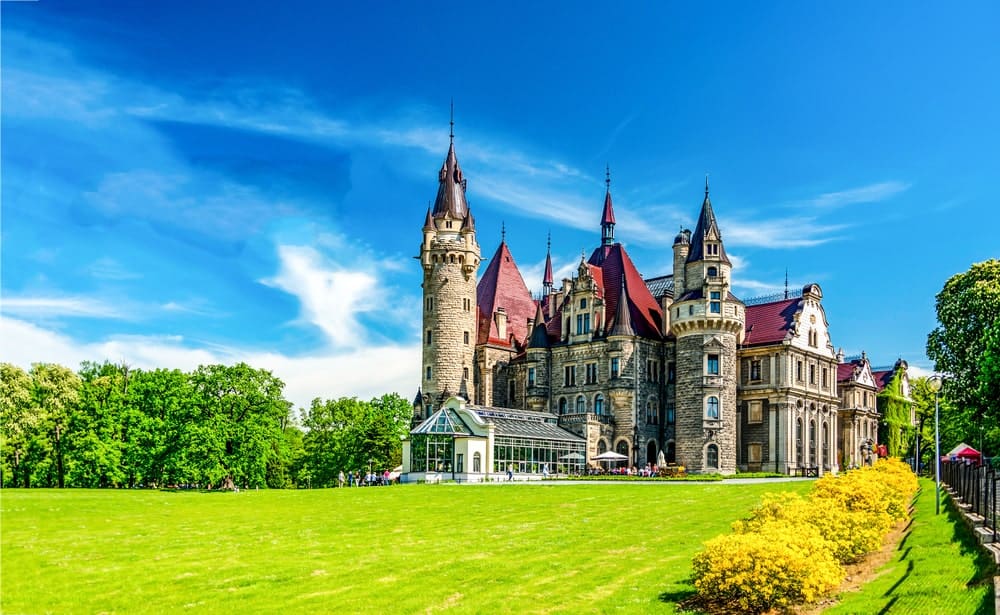 In the middle ages, castles were built as protective fortifications against invaders atop a hill or by the water. The Royals used them as a residence and a stronghold. It is thought that the Normans were the ones who erected the first motte and bailey castles in the world. Since then, castles have been resurrected and rebuilt. Some castles have crumbled through time, while others stand majestically on a hilltop, making them a sight to behold.

The Castle of Prague –

Prague Castle, one of the world’s largest castles, covers an area of 66,761 square metres and has a history dating back over a thousand years. The Guinness Book of World Records has named it the world’s largest ancient castle complex. It now serves as an official residence for the heads of state. A multitude of historical attractions, museums, and galleries may be found within Prague Castle.

It is one of the Queens of England’s three royal residences. It is the world’s oldest castle and the largest castle in the United Kingdom. It has a total land size of 54,835 square metres and is used for a variety of ceremonial and state events. Windsor Castle has undergone numerous modifications and redecorations since its erection in the 1070s.

This UNESCO World Heritage Site, which covers an area of 143,591 square metres, is the world’s largest castle in terms of land size. Unlike other stone castles, this mediaeval fortress in Poland was erected by the Teutonic Knights in the 13th century using bricks. It is one of Poland’s most popular tourist destinations, located on the banks of the Nogat River.

It is a National Cultural Treasure of Japan, built in the 17th century on a hilltop. This UNESCO World Heritage Site is located on the summit of a hill in Himeyama, Himeji, and is made up of 83 wooden structures that cover 41,468 square metres. It is Japan’s only castle to have survived both the civil war and the devastating earthquake. It is Asia’s Biggest Castles and unquestionably one of the best in the world.

Read All Posts By Erika Banks